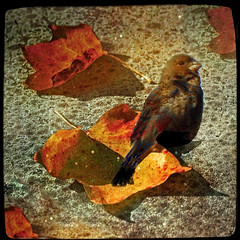 Earlier this month, as part of our 10-part series, “Things You Didn’t Learn in Law School,” I discussed one of the many things most recent graduates fail to learn in law school: the benefits of technology. In that post, I explained that because technology makes it possible for practitioners to be better lawyers, it’s surprising that more law schools don’t teach their students the ins and outs of technology.

Well it turns out my good friend and colleague, Carolyn Elefant, feels the same way. In a recent post at her well-known blog for solo attorneys, “My Shingle,” she wrote an open letter to law schools, in which she expressed her frustration with the lack of technology skills possessed by recent law graduates. In this post, she lists 6 types of technology-related skill sets that she believes most law students should have knowledge about, but don’t: 1) analysis and legal writing, 2) blogging, 3) social media 4) video and visuals, 5) online research, and 6) practice management tools and cloud.

According to Carolyn, law schools are doing a disservice to the profession by failing to ensure that graduating students are proficient in technology skills:

We solos and smalls are, and have always been cutting edge and ahead of the curve of the profession. Because of technology, we can now ably handle complex, sophisticated matters that might not have been possible a few years back and increasingly, we are the choice of many large firm clients who are less concerned about pedigree than you law schools are.  We can help rescue our profession from this mess (brought on, largely I might add, by large firms who never thought that the day of reckoning would come). But to help, law schools need to do their part by producing graduates who can serve our needs so that we can serve our clients.

And guess what? Carolyn’s not the only one who thinks law schools are failing miserably when it comes to technology. Kevin O’Keefe (who also happens to be the CEO at LexBlog, a legal blogging company) believes, not surprisingly, that blogging is one area where law schools should focus in order to ensure that law school graduates are equipped to practice law in the 21st century. According to Kevin, blogging is an important technology skill that newly graduated lawyers must have:

As a law school, please be realistic as to the skills needed to practice law and who’s going to employee your grads. Blogging is not a skill that you ought to look at as being taught in trade school. Blogging is substantive in nature – reading, writing, and collaborative learning…

A law school which empowers to student law students to blog is the exception today. Let’s make it the norm a few years from now. Doing so would be a win/win across the board. For students learning and seeking employment. For law schools looking to prepare their grads for the future. And for law firms who need grads ready to practice and do business.

So we’ve heard from a practicing attorney and from an attorney who founded one of the most popular legal blogging platforms, but what of legal educators themselves? What do they have to say about it? It turns out that some of them agree. As Scott Fruehweld explains at the Legal Skills Prof blog, legal educators would be well advised to pay careful attention to Carolyn’s suggestions:

Unfortunately, I believe that Frueweld is in the minority and that most law professors and deans would disagree with him, or at the very least, have little incentive to actually change their teaching methodologies and focus in order to give technology skills the emphasis they deserve.

I say this based on what I’ve learned from reading “The Lawyer Bubble” written by Steven J. Harper, a book that I’m halfway through and that I’ll be reviewing (I received a complimentary reviewer’s copy) in an article I’ll be writing in the very near future. This book was released last April and at the time, I wrote about it here at the MyCase blog in the context of a discussion about the issue of whether law schools should teach law practice management. In that post, I suggested that law schools were failing to prepare students to practice law in the 21st century:

Of course, the bar associations’ efforts are simply stop gap measures and last ditch efforts to attempt to supplement insufficient legal educations. Instead of relying on bar associations to teach basic business skills, law schools should lead the way and anticipate and serve the needs of their graduates by teaching important law practice management skills to their students.

At the time, I hadn’t yet read “The Lawyer Bubble” and was simply referring to it in the context of my post based on others’ writings about the book. Unfortunately, now that I’m more than halfway through this book, I’m more discouraged than ever. This book paints a bleary picture of the state of our profession and Harper supports his depressing conclusions by an astounding amount of data.

He explains that the current system is overrun by greed, above all else. According to Harper,  law schools (and large law firms) are concerned about rankings first and foremost, since coming in at the top of the various published and highly publicized rankings means money–and lots of it. So rather than do what’s right for the long term future of our profession and for the future careers of law school graduates, law schools are more concerned about short term rankings and the immediate monetary gains that follow an increase in rank of even just a few spots on lists such as those released by the U.S. News and World Report.

Of course there’s more behind the current situation than just rankings and you’ll have to read the book to fully understand the many different factors that disincentivize legal educators and deans from making the necessary and radical changes needed. But the bottom line is that the necessary changes, to the extent that they’re even occurring at all, are being implemented far too slowly. For that reason, I have no confidence that (the majority) of our legal educators will step up and do what’s necessary to institute changes that will adequately prepare graduates to practice law in the 21st century. In other words, if there’s a light at the end of the tunnel–it’s most certainly an oncoming train.