NASA, MyCase, and the Benefits of Cloud Computing 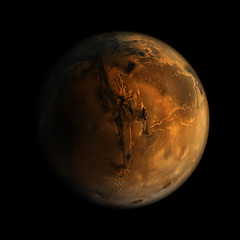 Last month, the Mars landing was big news when, amid much fanfare, NASA’s rover Curiosity successfully landed on the surface of Mars. Within moments, the Curiosity began transmitting images back to earth and will continue to do so for some time.

For geeks and non-geeks alike, the Curiosity’s arrival at Mars was an unforgettable event and, by all accounts, was an engineering and scientific marvel.

Interestingly, as it turns out, cloud computing (where data is stored on servers owned and maintained by a third party) was and continues to be instrumental to the success of NASA‘s Jet Propulsion Laboratory‘s Mars mission. The reason for the importance of cloud computing to this mission is explained in this Los Angeles Times article:

With so much large-scale data processing to be done, JPL is leading the way in the adoption of cloud computing in the federal government, said Khawaja Shams, manager for data services at La Canada Flintridge-based JPL.

“At this point, JPL’s data centers are filled to capacity, so we’re looking for ways to cost effectively expand the computational horsepower that we have at our disposal,” he said. “Cloud computing is giving us that opportunity.”

In other words, cloud computing saves NASA money and dramatically increases its computing power, making the Mars mission both feasible and affordable.

Better known for being an e-commerce giant, Amazon has become a major player in cloud computing, with NASA’s Jet Propulsion Laboratory using the company’s Amazon Web Services to capture and store images and metadata collected from the Mars Exploration Rover and Mars Science Laboratory missions…

Using AWS’s cloud to operate the mars.jpl.nasa.gov website, Shams noted, enables JPL to get images, videos and developments to the public quickly, without having to build and operate the infrastructure in-house.

According to Amazon, AWS enabled JPL to construct a scalable Web infrastructure in only two to three weeks instead of months.

So, for NASA cloud computing offers a multitude of benefits, including security, flexibility, and scalability. Coincidentally, according to the American Bar Association’s 2011 Legal Technology Survey, these are the very same reasons that lawyers are increasingly relying on cloud computing in their law practices.

Specifically, the ABA survey established that the main reason lawyers use cloud computing platforms is convenience. 70% of attorneys who use these services cited the ability to access data from anywhere as the main incentive, while 55% stressed the importance of 24/7 access to data. Simplicity and affordability were also cited as important factors. Low cost was important to 49%, quick start up time was a factor for 44% and 43% appreciated the ability to eliminate IT staff and software management requirements.

So, whether it’s lawyers or NASA–cloud computing facilitates convenient, secure computing that is both powerful and affordable. It’s not surprising then that both MyCase and NASA use Amazon Web Services to deliver cloud computing services to their end users in a reliable and secure environment.

That NASA and many other governmental agencies are transitioning to the cloud is overwhelming proof that cloud computing is the future of computing. Still not convinced? Consider these facts from this Wired blog post: