What’s the Point of "Going Solo"? 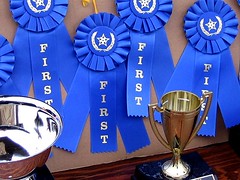 Lately there’s been a lot of discussion in the legal blogosphere about shuttered solo practices, from my recent MyCase post to this post at the Legal Skills Prof Blog, this post by Sam Glover at Lawyerist and this post from Carolyn Elefant at My Shingle.

Commenters to some of these posts suggest that the underlying assumption is that when attorneys shutter their solo practices, they are doing so because things just didn’t work out, for one reason or another. In other words, by shuttering the practice, the attorneys were admitting defeat.

A decade ago, that may have been the appropriate–and quite frankly, the only–conclusion to be made after a solo practice closed its doors. After all, it was quite the undertaking to launch a solo practice, since the costs of doing so were substantial, from paying for the rent and the office equipment (including computers, software, licensing fees, and hiring or consulting IT personnel) to purchasing office supplies and hiring support staff. So when lawyers made the decision to close a solo practice, unless it was because of retirement or merger with another firm, doing so represented a huge monetary loss given the large financial investment made to launch the practice in the first place.

Nowadays, however, it’s much easier to launch a solo practice with a minimal up front investment. All that’s really needed is a small amount of savings, a laptop, a smart phone, and an Internet connection. Using just a computer, a smartphone, the Internet, and cloud computing, lawyers can run their law practices using cloud-based law practice management systems. Web-based services and smartphone apps can be used in lieu of fax, copy, and answering machine systems. And instead of hiring full-time office staff, lawyers can rely on virtual assistants and/or receptionists.

Why is this important? First, because the reduced costs of getting a law practice off the ground make it much easier for lawyers to start a solo practice with any number of legitimate goals, only one of which is to grow the practice into a long-term, thriving business.

Second, because it’s no longer the 1950s. Not every new lawyer is a male in their mid-20s who is the sole income earner in a family of 5. Instead, recent graduates are just as likely to be a woman as a man. Some live alone and have obligations to no one but themselves. Others are partnered with another working individual and may or may not have children. Others may have just recently married and are considering starting a family or may have pre-school aged children. Still others chose to attend law school later in life and already have substantial savings and resources; for these people, practicing law is a career change. These are but just a few of possible life situations of recent graduates.

Because newfound solos come from so many different life situations, there are any number of reasons that lawyers might hang a shingle including:

In this context, it’s important to acknowledge that the definition of what constitutes a “solo practice” is a broad concept. Of course there’s the traditional general practice or litigation-focused solo law firm. But that’s not the only kind of solo practice. Performing legal research and writing for other attorneys is a solo practice, as is a practice limited to transactional work, appellate work, certain types of court appointments, or court appearances for other law firms. A solo practice can also consist of a combination of these various ways of making use of law degree.

The point being that a lawyer can, using minimal resources, easily establish and maintain a law practice that is limited to certain functions or areas of law. And, in the process, the attorney can gain experience, network with peers, and make valuable connections, many of which may ultimately lead to new opportunities.

In essence, because hanging a shingle in 2012 is a much more economical and simple proposition than it was in 2002, it is, more than anything else, a way for lawyers to create opportunities. It is the individual lawyer who defines the opportunities being sought. And that definition may change over time as different opportunities present themselves.

That’s the beauty of 21st Century lawyering: increased flexibility and choices create opportunities never before seen. So to view shuttered solo practices as unsuccessful endeavors is short sighted and flawed. These lawyers are anything but failures. Instead, they are trail blazers in this new 21st Century frontier. They are the next generation of lawyering and they epitomize the very definition of success.