You can do it:
Practice law in the 21st century

MyCase Blog Home » You can do it: Practice law in the 21st century 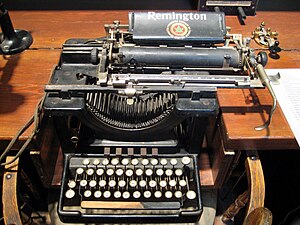 Over the last 7 years, technology–mobile and cloud computing technology in particular–has transformed our personal and professional lives. Think about it. The rate of change has been mind boggling and unlike anything we’ve ever experienced. And yet, most lawyers continue to practice law as if it were 1912 instead of 2012.

For some perspective, consider this timeline:

Now, just 6 years after Facebook and Twitter were launched and 7 years after the first iPhone was released, social media and mobile devices are ubiquitous. More than 40 million iPads have been sold since the iPad’s launch 2 years ago. Mobile apps, a concept that didn’t even exist until 4 years ago, brought in more than $8.5 billion in revenue last year. And, although the first Kindle wasn’t released until the end of 2007, Amazon’s eBook earnings were $13.18 in the first quarter of 2012, and at least 15% of Simon  & Schuster’s revenue now comes from eBooks.

Like it or not, the times they are a changin’–and they’re changing faster than ever. Mobile and cloud computing are becoming the norm and as a result, are infiltrating every aspect of our culture. Consider these recent news stories:

There’s no doubt about it–it’s a digital and mobile world and lawyers can no longer ignore the vast societal changes that are occurring. Lawyers need to acknowledge these structural alterations and figure out how to practice law, and profit, in the midst of this massive change. Law firms that fail to do so will go the way of Dewey & LeBoeuf, doomed to fail in a new world economy by insisting on practicing law as if it were business as usual.

Mark Harris adeptly summarizes how this phenomenon caused the collapse of Dewey & LeBoeuf–and explains the driving force behind it–in this Forbes article:

The Dewey saga is just the latest development in a series of struggles facing firms. Most of the business world has been transformed repeatedly over the last 50 years, but the micro-economy of corporate lawyers has been preserved in the kind of pristine stillness usually associated with nuclear waste in an underground salt cavern…

Of course there are a handful of firms that operate above the fray, overseeing client matters so big that price is immaterial. For the rest of the industry, however, disruptive change looms, and a growing number of law firm managers know they must evolve. Yet despite their good intentions and a clear client mandate to get with the program, law firm leaders are unable to separate their firms from the old ways of doing things…

Investment in the future, whether aimed at transcending industry pressures by acquiring game-changing talent or at innovating through increased use of technology and more streamlined delivery models, requires a deferment of near-term compensation, and thus it risks inciting an exodus by a firm’s top producers. As if we needed Dewey to remind us, what comes next might not be so pretty.

In other words, most lawyers remain firmly entrenched in a 20th century mindset and refuse to acknowledge that the rest of the world is operating in the 21st century. And it is this rigid outlook that will be the demise of those law firms unwilling to change with the times.

But what’s a lawyer to do? How do you drag your law firm into the 21st century? Well, you can start by changing your mindset. Accept that you can do it. Because you can.

You can do it. Learn as much as you can about the effects of emerging technologies on our culture, including cloud computing, social media, and mobile computing. Figure out how to ethically and effectively use these tools in your law practice. You may not use all of them, but you can certainly use some of them to streamline your practice and reduce costs.

You can do it. Educate yourself about new ways to deliver legal services. Increase efficiency by automating aspects of your law practice. Figure out the most effective ways to use smart phones and tablets in your law firm. Take advantage of the flexibility and affordability of mobile and cloud computing.

You can do it. Expand your firm’s reach. Use social media and online forums to network and reach new clients. Consider adding a virtual portal to your brick and mortar law practice and use online portals to securely communicate and collaborate with your clients.

You can do it. Be responsive to your clients’ needs. Consider using alternative billing arrangements. Empower your clients by giving them choices. Provide them with different ways to contact your firm and give them 24/7 access to information about their cases via an online client portal.

You can do it. It’s just a matter of investing some time up front so that you can then position your firm for future success. Don’t ignore these new technologies–use them to your advantage.  Don’t follow in Dewey & LeBoeuf’s footsteps. Instead, create a law firm that survives and thrives in the 21st century.

You can do it. And these resources can help: